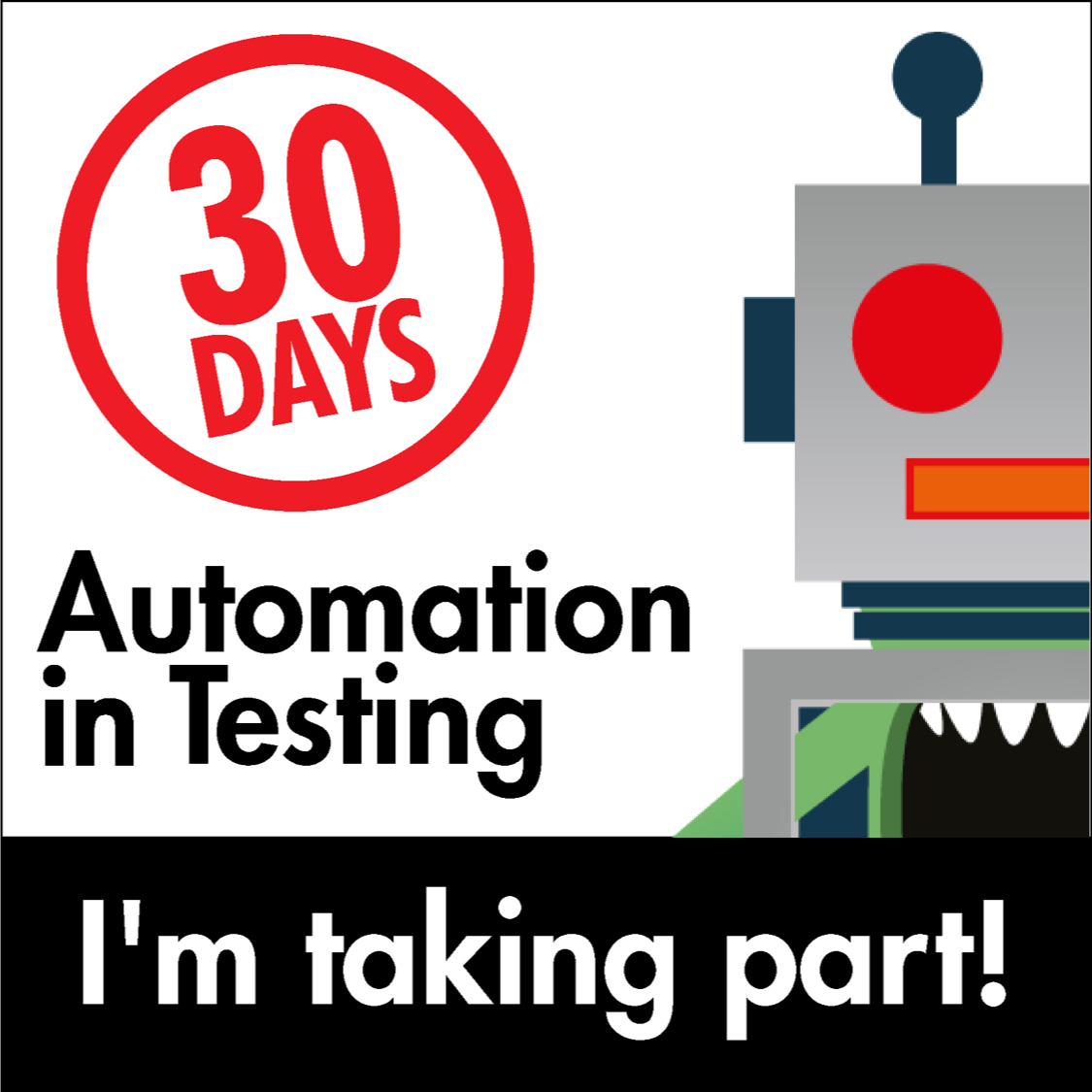 I’ve been meaning to complete one of the Ministry of Testing’s 30 Days of Testing challenges for a while. I got about two thirds of the way through the first one as a team exercise, then everyone “got busy with other things”, and it died a horrible death, with the checklist languishing on the wall for a couple of months as a reminder of how we’d failed.

When the latest one, 30 Days of Automation in Testing, was announced I tweeted this:

I've had good intentions before, but this time I'm actually gonna do #30DaysofTesting. https://t.co/BoXhpSucrk

And so here we are, with 11 days of July done, and I thought I had better start writing up what I’ve been doing & thinking so far.

Day One - Compare definitions of “automation” and “test automation”.
I don’t think I quite appreciated how stark this was going to be. Don’t get me wrong - this was like a leading question - we all knew these definition were gonna be incongruous.

Were I to take what I know about the field of test automation, and attempt to use the definition of automation to identify what within that field is “the automation”, it’s a big circle around everything that resides on the machine up to, but not including, the software being “automated”. To be clear, in a Selenium-type context, “the automation” includes:

From here, we’ve got “a system for controlling the external system” - the website running in the browser.

It’s not Day 30 yet. I’ve had a few books on my todo list for a little while, but Alan Page’s AMA on Modern Testing has bumped his book on Leanpub, The “A” Word, right up my list. Gonna try to tackle that this month.

Day Three - Contribute to the Club about automation

I spoke here about my experience choosing an API test tool. It’s a topic I’ve been revisiting internally, where I’ve now got a new role in a new company, wondering if I should stick to what I know, or whether a new context requires a new tool.

Day Four - Describe what types of testing automation can help with

The bog standard answer: regression testing. I can check a subset of pre-existing functionality that previously worked still operated to predetermined standards using some prior-written code.

But that’s the boring answer.

The real meat here is in feeling the boundaries.

Automation isn’t just about testing, though. I regularly script my way around problems. I had a test environment that got trashed regularly, and each build required fetching a dozen packages from a few different online repos. Since the versions were locked, I scripted the fetch. Then took it a step further and popped the output into S3, and scripted the pull, unzip and install of the contents. Effort: 1hr. ROI: Eleventy five inside a week. That’s not test automation, but it certainly feels like automation in testing.